Stocks appear to be undergoing the pullback I've been suspecting the past two days and the euro has declined sharply while remaining shy of new high on the weekly charts, and doing so just after an overbought and diverging RSI took place.  Tops appear to be in place in both stocks and the euro.  Not sure to what degree these tops are as of yet, but tops nonethless.  I'd favor the short side in the next few days.

Stocks Pause; Euro Rally Struggling - Where to from here? 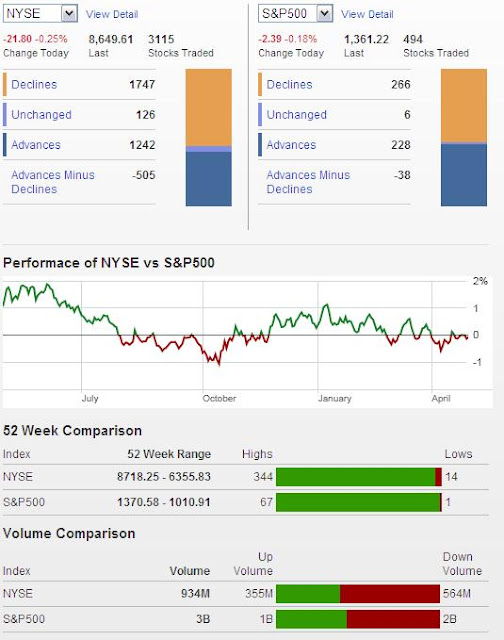 Internals today were slanted towards the bearish column, but not substantially.  Stocks surged out of the gate higher but could not sustain that upward push very long.  The market closed flat on the day with the Nasdaq faring the worst.  Not the kind of internals I'd expect to see on a big reversal day, but it is the kind of action I'd expect to see on mild profit taking as a result of the Osama bin Laden killing since I'm sure traders are going to be a bit on guard until they see what might happen to the stability of the Middle East, oil interests, and US security measures before they pump a lot more cash into stocks.  So we might get a lethargic or down week as a result of profit taking and slight risk aversion. 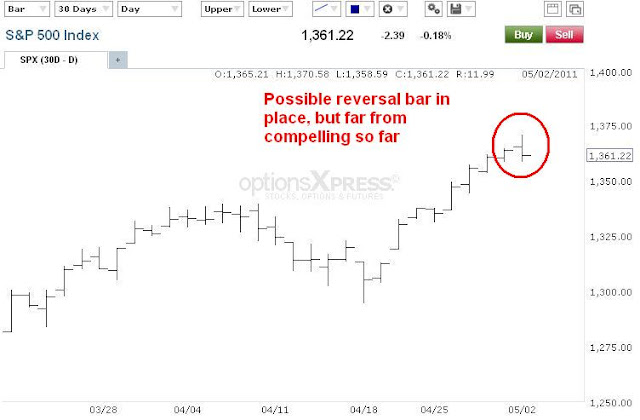 The daily chart shows a mild reversal bar that might have move credibility if it closed beneath 1360.14 or especially below 1358.69, and if there was high volume today.  None of that happened though.  So I don't want to read too much into this pattern here, but if we continue to slide lower in the overnight session then it might be worth taking a tight risked stab at the short side........TIGHT RISK. 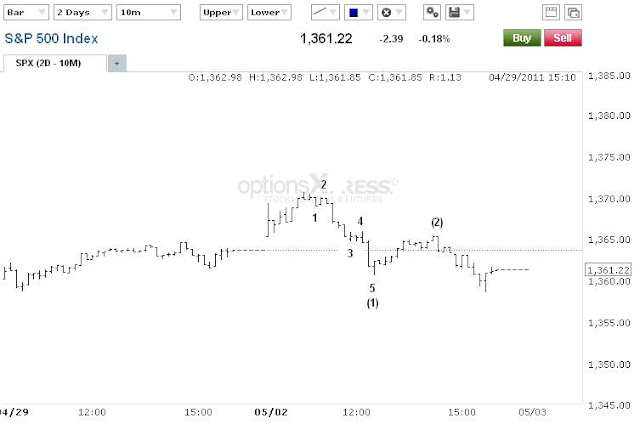 The shorter the chart's timeframe, the less reliable the wave count will be, at least that's how I view things.  With that in mind, it can be concluded that a small Submicro impulsive decline finished up today, along with it's corrective Submicro wave (2).  If correct, the market should fall hard tomorrow in Submicro wave (3).  Like I said earlier, a decline into the late night session tonight might indicate a short term trend change to the downside. 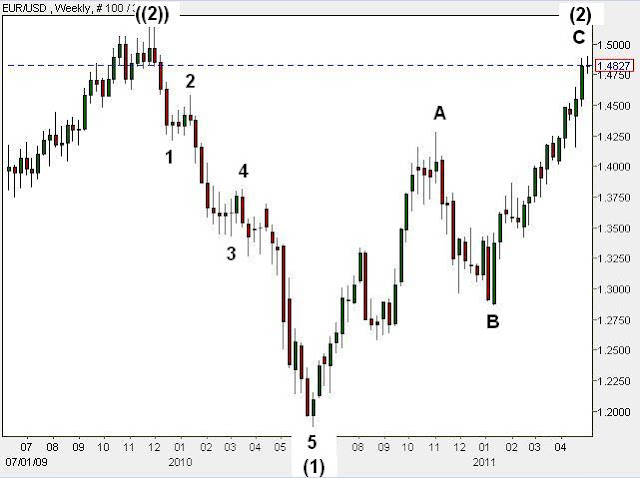 Above is the Euro's weekly big picture count I keep refering to when I say that the larger trend is down so that's why I'm always looking for shorting opportunities.  But Intermediate wave (2) is running out of room to remain valid.  So if this count is correct, the euro better get to topping soon. 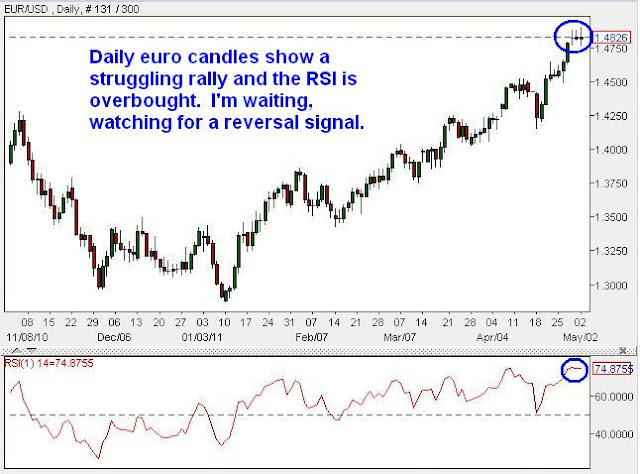 The daily euro chart shows us an RSI that is overbought, and several doji candlesticks that often signal a reversal in trend is coming.  But nothing conclusive at this point unfortunately. 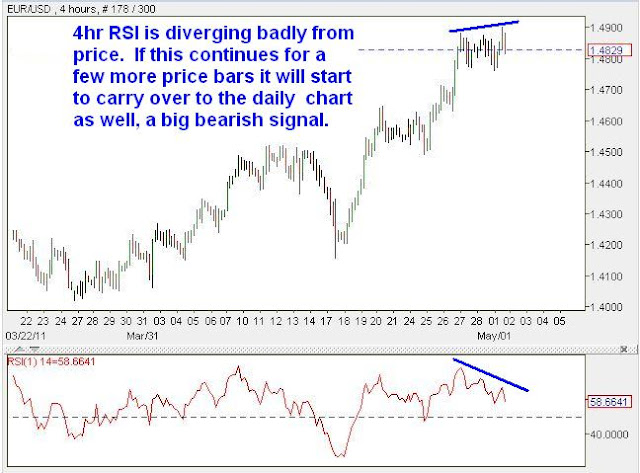 The 4hr RSI is telling a bearish story that might make its way to affecting the daily timeframe soon.  This 4hr chart shows a divering RSI compared to price, a very bearish development, especially if this behavior moves into the daily charts.

So the euro is running out of room for the larger bearish count to remain intact.  There are some momentum signs of exhaustion starting to hit the euro, but no real compelling evidence that a top is in place to where I'd want to get short here.  I think the best strategy is to just sit and wait for a sharp move lower, preferably a 5 wave move, and get short that decline with a stop just above the recent swing high.  Until then, I'm on the sidelines doing what I do best, sitting on the couch, watching the NBA playoffs, drinking lots of beer and annoying my girlfriend.