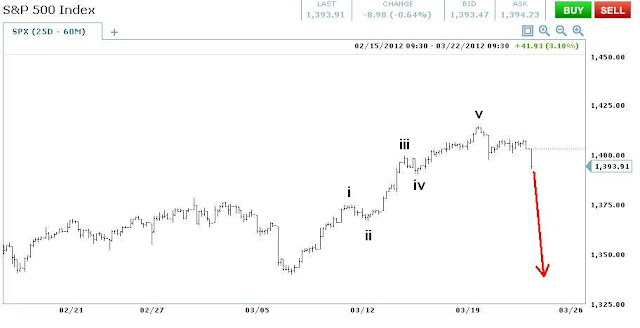 Stocks have not been kind to many wavers, mainly the bearish ones.  So I'm going to be conservative in my approach here.  The stock market has been floating higher on weakening momentum and light volume the past several weeks.  Normally this results in a sharp snap back decline to allow a "restart" before continuing higher.  Or, it signals a major top will occur.  It has been very challenging trying to predict that top, and whether it will be a short term one or a long term one.

The structure right now is only 3 waves down, which is a correction.  But you need a 3 wave move to start a 5 wave move, so let's wait and see how this decline unfolds.  And you'll see I put up a quick five wave count leading into the decline to show that a top at some degree is in.  This could quite possibly the be the final impulse wave of the entire move up the past several months.

I believe there is at least a short term top in place simply with all the other evidence suggesting this market is bloated and overbought at the moment.  Even though I'm almost guessing here, the risk/reward is solid since I can put a stop above the high on the week and expect a decline to the area of previous support at 1340.  So I'm not going to jump and call a top to Primary ((2)), or suggest a major depression is picking up speed.  No, I'm just saying that odds favor the market having put in at least a short term top this week and the risk/reward favors the bears here.  Keep it simple, keep it short term.....for now.

The Three Phases of a Trader's Education 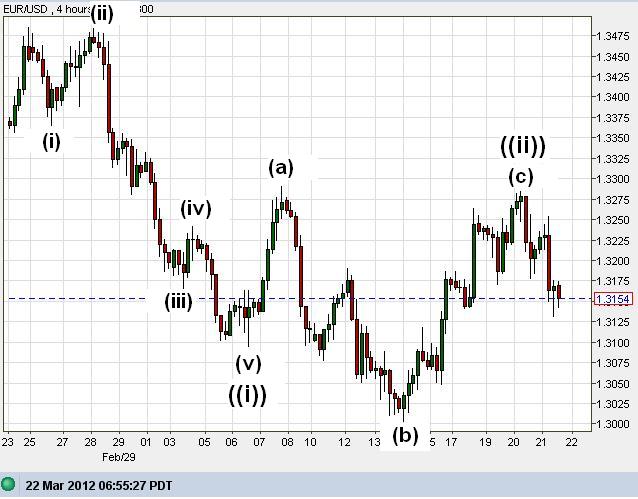 The euro, on the other hand, has been kind to bearish wavers since it has more or less followed my wave count.  Wave (c) of ((ii)) ended up deeper than I expected so I had to adjust waves (iii), (iv) and (v) to give it a better look.  But it all fits well.  This count suggests the euro's next move should be down big. 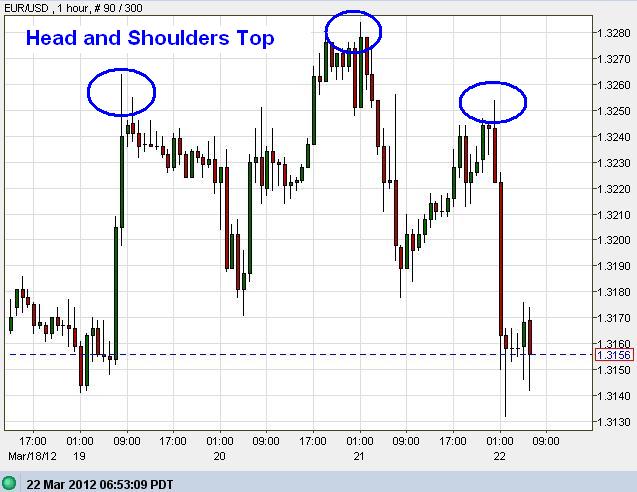 And drilling down even further for the euro we see one of my favorite trading patterns; a head and shoulders top.  When you combine this formation with the wave count above it, you have a very bearish and tradeable outlook for the euro moving forward.  I'm pretty heavily short the euro right now myself.

Are the Efforts of the World Central Banks Working?


PLEASE NOTE: THIS IS JUST AN ANALYSIS BLOG AND IN NO WAY GUARANTEES OR IMPLIES ANY PROFIT OR GAIN. THE DATA HERE IS MERELY AN EXPRESSED OPINION. TRADE AT YOUR OWN RISK.
2 comments:
Newer Posts Older Posts Home
Subscribe to: Posts (Atom)