S&Ps Should Target 2100 Before Meaningful Correction 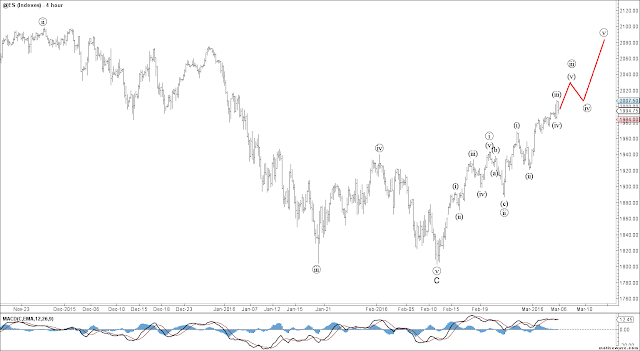 The 4hr S&P futures chart shows a strong impulsive rally that is incomplete after a Minor ABC correction.  The bottom line is that the S&P will move higher as long as 1943.75, the wave ((i)) extreme, is not broken.  But where does that leave us for the short term? 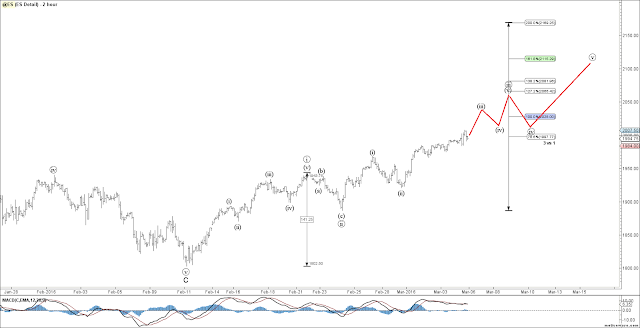 Drilling down a little further to the 2hr chart I can get an idea of the short term wave count and projected movement.  The ES is wrapping up wave ((iii)) that might end around the 127% or 138% Fibo extension of wave ((i)).  I do not want to trade a top for a 3rd wave here as that would be fooling.  3rd waves notoriously extend and extend, and then extend some more.  But the 2066-2082 is a good area to look for the market to perhaps take a breather before resuming the uptrend.  I'm looking for the 2100 area to cap off this Minor wave 1 higher, but I'll get more certain and specific as the waves unfold.

In about a week and a half the Fed will do their thing they do, and the markets will be crazed about it.  So perhaps this count will remain intact to where wave ((iv)) occurs the week of the Fed as it consolidates waiting for the news.  Then after the Fed news the market rallies in a terminal wave ((v)).  Just a guess for now, but something to be mindful of. 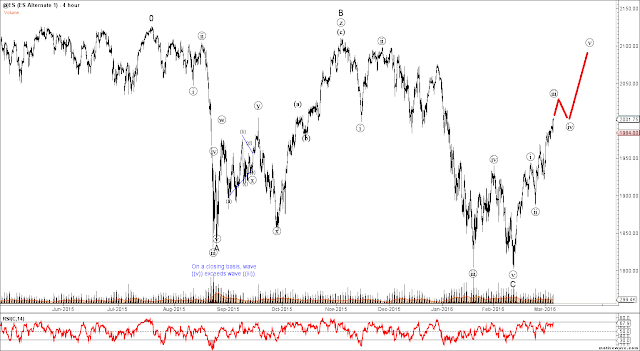 The key level I've been citing has fallen today and so wave C down is complete and the bullish count above is on the table. The rally looks strong and impulsive, and also incomplete. I expect another 100 points added to the S&P before any meaningful correction may occur.

PLEASE NOTE: THIS IS JUST AN ANALYSIS BLOG AND IN NO WAY GUARANTEES
OR IMPLIES ANY PROFIT OR GAIN. THE DATA HERE IS MERELY AN EXPRESSED OPINION. TRADE AT YOUR OWN RISK.
No comments: 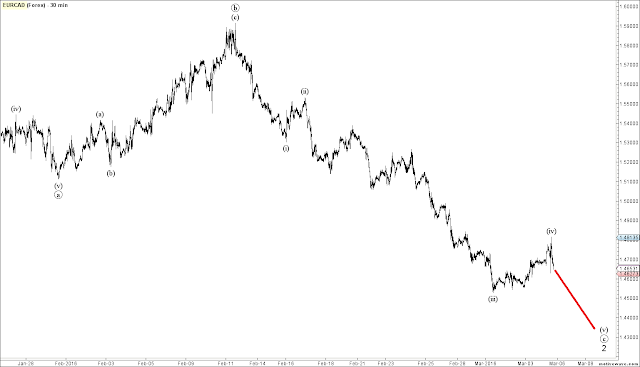 Looks like taking 1/2 profits this morning was a wise choice as the EURCAD finished wave (iv) and almost immediately reversed and stopped my remaining position out at break even, but still leaving a nice 130 profit on half a position.

I don't want to enter any new positions on a Friday, especially after a big news report, so I'm done for the weekend.
No comments:

Taking Profits on Half EURCAD

For EURCAD, I'm closing half my position with over a 100 pip profit and moving the remaining position's stop loss to break even at 1.4660. Also dropping take profit to 1.4830 which is only a little over 30 pips away.
No comments: 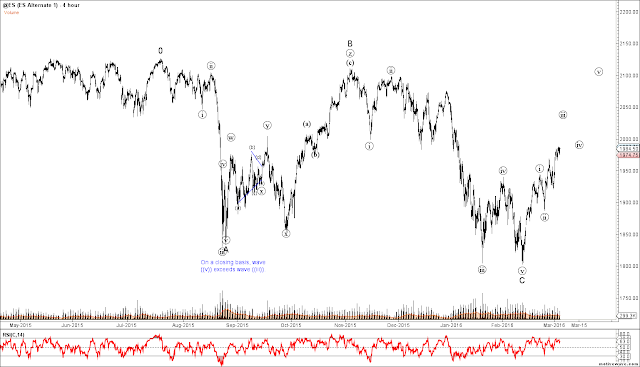 Here is the alternate count that suggests wave C is complete and therefore the bulls have now regained control. This count opens the door to a major rally phase entering the market for several months. 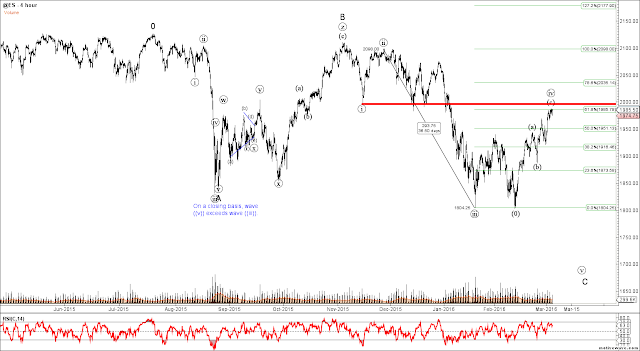 The S&P is trading right at a key level that needs to hold for this count to remain valid. The jobs report tomorrow could send the market tumbling down and keep this count on track, but if it doesn't then a recount will be in order. Depending on the price action Friday, and the continuation Monday and possibly Tuesday, I will reassess what count would be the most viable. But for now, I remain bearish with the above count.
No comments: 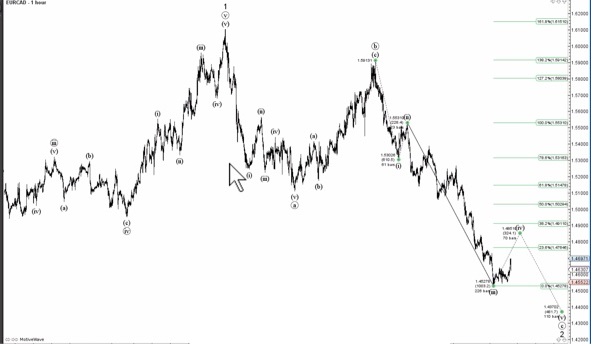