Well that worked out nicely.  There was a quick 124 pip drop since my last post calling for a bearish move lower soon.  Prices certainly have room to move a bit lower, but support could firm up a bit here and the move lower has been sharp.  I'm taking profits here and looking for the next big move. 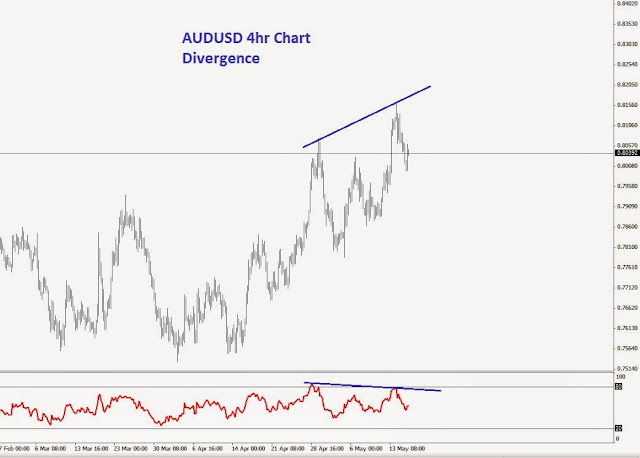 The latest push higher from the AUDUSD 4hr chart created a divergence between price and the RSI, suggesting the rally off the .7550 level is exhausting.  This exhaustion is also confirmed on my own indicators as they are showing the AUDUSD is way overbought on the short term timeframe, and approaching overbought on the longer timeframe. 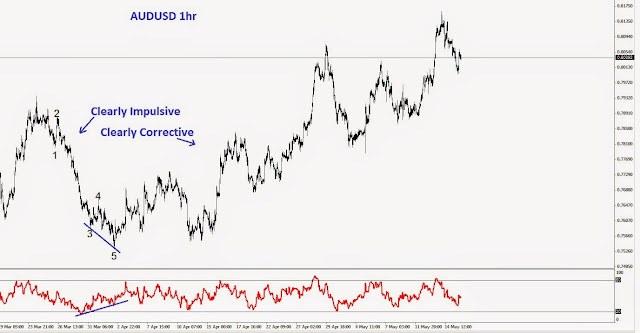 I don't like counting corrections as there are so many EWP variations, and it's very difficult to predict which one is unfolding at any given time as they can continue to morph into combination and combination.  So I usually just look to confirm that it is in fact a correction, and I try to find a 5 wave move in the direction of the correction since C waves typically end corrections, and C waves are impulsive.

Here on the AUDUSD 1hr chart we do see a 5 wave rally into the high which established the RSI divergence shown on the 4hr chart.  .8040 looks like a good shorting level with a tight stop for aggressive traders at .8055, or at .8067 for less aggressive traders.